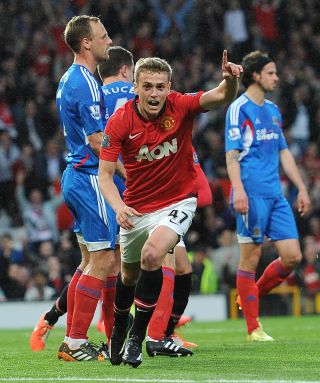 James Wilson will leave Manchester United this summer at the end of his contract, Press Association Sport understands.

The 23-year-old burst on to the scene with a brace against Hull on his senior debut in 2014 but only made a further two Premier League starts for the club.

Wilson spent time at Brighton, Derby and Sheffield United before a season-long loan with Aberdeen, where he scored four goals in 32 appearances in all competitions.

That was the final year covered in the contract he signed at Old Trafford in 2015 – and it is understood the striker has been informed that his deal will not be renewed.

United have not taken up the option of an extra year that was built into the contract – just as they decided against extending captain Antonio Valencia’s stay – and Wilson will instead get the chance to kickstart his career elsewhere.

The duo and outgoing midfielder Ander Herrera are unlikely to be the only players leaving this summer, while Press Association Sport understands United under-23s head coach Ricky Sbragia has left by mutual consent.