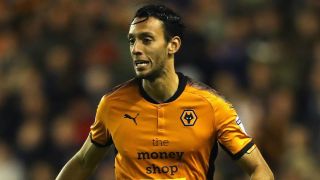 Olympiacos have announced the signing of Wolves defender Roderick Miranda on loan.

The Portuguese centre-back moved to Molineux from Rio Ave in 2017 and was a regular for the Championship winners in the early months of the 2017-18 season.

However, the 27-year-old fell out of favour in the second half of the campaign, making just two league appearances in 2018 under Nuno Espirito Santo.

Miranda will hope to be more involved at Olympiacos, having joined the Greek club on a season-long deal.