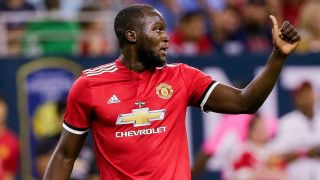 Paris Saint-Germain, AC Milan and Manchester United were the biggest-spending teams in the most recent transfer window.

The CIES Football Observatory has released its analysis of Europe's top-five leagues, which showed PSG made a net spend of €343million to top the list.

Unai Emery's men racked up player purchases worth €418m and brought in just €75m through sales.

Neymar's world-record fee of €222m and the €180m the Ligue 1 club will pay for Kylian Mbappe made up the bulk of their outlay.

First day at the Ooredoo Training Centre for September 4, 2017

AC Milan were second, spending €250m and receiving only €61m for a net total of €189m in the wake of a lavish window that saw them bring in the likes of Leonardo Bonucci and Andre Silva.

United, whose biggest buy was Romelu Lukaku, had the third highest amount of cash devoted to signings, splashing out €197m while recouping only €11m for a final figure of €186m.

Manchester City (€173m) and Chelsea (€106m) were next, as the Premier League had six representatives in the top 10.

Even promoted sides Brighton and Hove Albion and Huddersfield Town had enough financial clout to be included.

Brighton were eighth with a spend of €54m, and did not generate a penny in sales, while Huddersfield were 10th with a net outlay of €47m.