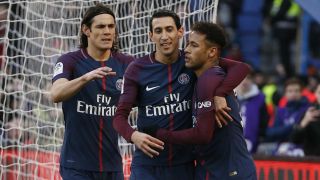 The provisional fixture list for the 2018-19 season has thrown up some intriguing runs of matches for Paris Saint-Germain.

The champions have a relatively sedate start to their title defence, hosting Caen on the opening day before taking on Guingamp, Angers, Nimes and Saint-Etienne in their first five games.

A tricky month follows in October, though, with games against Lyon and Marseille, while the second Classique and clashes with Monaco and Nice could cause some problems in early 2019.

Here are PSG's Ligue 1 fixtures in full for next season. The dates remain provisional until televised matches have been agreed.