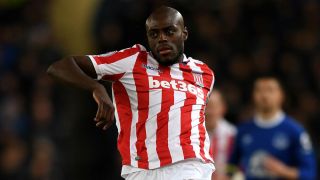 Bruno Martins Indi has signed a five-year deal with Stoke City after completing a €7.7million (£7m) move from Porto.

The Netherlands international was on loan with the Premier League club last season, making 35 appearances in all competitions.

And Mark Hughes now has the 25-year-old defender at his disposal on a permanent basis for the coming campaign.

Potters chief executive Tony Scholes said: "We are delighted to have secured a deal to bring Bruno to the club in a permanent transfer and I know that Bruno feels the same.

"Bruno loved being with us last season and made no secret of his desire to move here permanently when his loan spell came to an end.

"We've had to be patient in our dealings with Porto, but we're really pleased with the outcome."

Martins Indi has won 34 caps for his country and was part of the squad that came third at the 2014 World Cup.

Stoke's recent transfer activity includes the signings of Eric Maxim Choupo-Moting from Schalke and Kurt Zouma on loan from Chelsea.