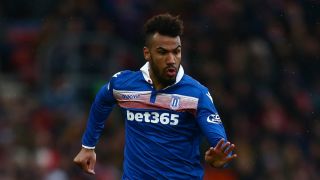 The Bayern Munich left-back will add cover in defence after Yuri Berchiche was allowed to join Athletic Bilbao earlier in the transfer window.

Tuchel has been open about wanting fresh faces in the PSG squad and he said others could follow Bernat and Choupo-Moting on Friday.

"It's August 31, it's very late, I'm not going to lie," Tuchel told reporters. "We're trying to get the two players signed, they're doing their medical tests now. I do not know if others will follow.

"We've been looking for a few weeks for cover for [Edinson] Cavani, the opportunity has come with Maxim, who is a top-level player, who can impact right away when he comes off the bench.

"With the arrival of Choupo-Moting, it's a lot of attackers. It can impact [Timothy] Weah's situation, but at the same time not, because it's another type of player."

There will be outgoings at PSG on deadline day too, with Eintracht Frankfurt prematurely announcing a deal for goalkeeper Kevin Trapp in a YouTube video that was swiftly deleted.

Giovani Lo Celso has also reportedly arrived in Seville to complete a move to LaLiga side Real Betis, although Tuchel is unsure of the Argentina midfielder's whereabouts.

"Trapp wants to leave, he's trying to sign with another club," Tuchel confirmed. "Lo Celso, I do not know exactly what he's up to."

PSG have taken maximum points from their three Ligue 1 games so far and will aim to stay top of the table heading into the international break.

Tuchel, though, could be without star midfielder Marco Verratti for Saturday's trip to promoted Nimes.

"Verratti has resumed training," Tuchel added. "We will decide together after the session of the day if he is with us in Nimes."

Serie A side Napoli boast a three-time Champions League winner in their dugout after Carlo Ancelotti's appointment and Tuchel is looking forward to facing off with the Italian.

"Ancelotti is a great coach," Tuchel said. "He was a great inspiration to me."