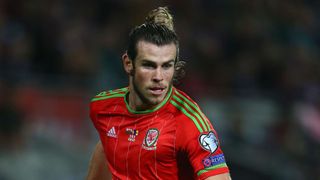 The UEFA Nations League continues as Wales play host to Bulgaria this afternoon for both nations' second Group H assignment.

Wales got off to a perfect start in their opening game of the tournament, defeating Finland 1-0 on Thursday evening. Can they make it two on the bounce against Bulgaria?

Kick-off is at 2pm BST and the game is being shown on Sky Sports Premier League/S4C/Sky Sports Mix/Sky Sports Main Event in the UK. See below for watching details where you are.

SEE THE FULL SCHEDULE Premier League live streams: How to watch every game in the coming season