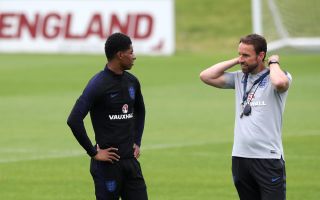 Kane was the leading scorer in Euro 2020 qualifying with 12 goals and Tottenham have said they expect him to be back in training some time in April.

Spurs boss Jose Mourinho, though, has been non-committal over an expected time frame for the striker’s return to action following an operation after he suffered a ruptured tendon at Southampton on New Year’s Day.

Here, the PA news agency takes a look at who Southgate could turn to if Kane is not fit to lead the England attack for the first game of the tournament against Croatia at Wembley on June 14.

Today's #MUFC Man of the Match is quite simply in the form of his life.— Manchester United (@ManUtd) January 11, 2020

Marcus Rashford marked his 200th Manchester United appearance with a double strike in the 4-0 Premier League defeat of Norwich.

At 22, United boss Ole Gunnar Solskjaer believes the best is yet to come for the striker, who has 10 international goals from his 38 caps so far.

Should Kane lack match sharpness – or not be available at all – then Southgate could opt to deploy Rashford in a more central role.

The 25-year-old remains at the heart of City’s formidable frontline and integral to Southgate’s plans as the England camp look to move on from his fall-out with Joe Gomez.

Much like Rashford, the option of pushing Sterling through the middle is there for Southgate – but would change the dynamic of England’s current fluid attack.

Chelsea forward Tammy Abraham may only have four senior caps so far, but he shows plenty of potential.

The 22-year-old took his club tally to 13 Premier League goals as the Blues beat Burnley 3-0 at Stamford Bridge.

Chelsea boss Frank Lampard has plenty of faith in Abraham’s credibility as a lead man – one which Southgate could look to explore should Kane not be available.

While Bournemouth’s Callum Wilson has emerged as the go-to back-up man for the Three Lions, there have been calls for Southampton’s Danny Ings to get his chance ahead of Euro 2020.

The former Burnley and Liverpool forward has scored 14 Premier League goals for the improving Saints this season following his return to fitness and form.

The 27-year-old earned his only England cap when coming on as a substitute against Lithuania during 2015.

The Euro 2020 warm-up games against Italy and Denmark in March could offer the perfect chance for Southgate to take another look.

Bring Vardy back to the party

Vardy may have stepped down from international duty following the 2018 World Cup, but Southgate maintains the door has not yet been firmly closed by either side.

Having just turned 33, there are certainly younger options than Vardy but – in an hour of need – could the Three Lions boss opt to go back to the future?