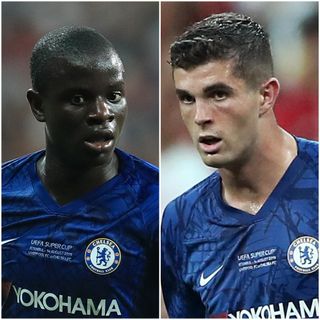 Real Madrid are ready to rival Juventus in a bid to to sign Chelsea midfielder N’Golo Kante, according to Spanish publication Sport. The LaLiga side could pay a fee in the region of £70million for the France international.

Chelsea’s 21-year-old United States winger Christian Pulisic is reportedly set to ask for a loan move away from Chelsea if he is not given more opportunities soon, The Sun reports.

Arsenal manager Unai Emery is considering making a move for Wolves  defender Willy Boly, according to The Sun. The Midlands club could potentially double the £10m they paid Porto for the 28-year-old Ivory Coast international should he favour a move to the Emirates.

Manchester City have ruled out making a bid for 20-year-old Norway international Martin Odegaard despite the Real Madrid player impressing enough to win LaLiga’s player of the month award while on loan at Real Sociedad, say the Daily Mail.

Moussa Dembele: Manchester United sent scouts to watch the Lyon forward in action on Sunday, according to the Daily Mail.