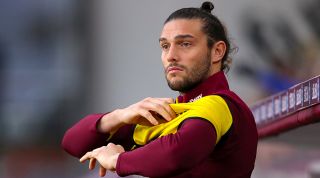 Some players choose to engineer a move with a little subtlety; a quiet word in an agent’s ear to put the message out that all is not rosy. Others, like Moreno, go for the nuclear option.

“I didn’t like the way he [Jurgen Klopp] treated me, you can say that,” said the left-back as the transfer window opened. “Moving back to Spain is something I have thought about. I’m tired of the cold here but I don’t know about interest from other clubs. I’m in my fifth year here, there is no agreement on a renewal and in January I’m free to listen to any offer.”

Moreno was referring to signing a pre-contract agreement to leave Anfield on a free transfer in the summer, but nothing has been forthcoming. Even better for him would be a loan move with the obligation to sign (on a free) in June. But still he waits for either.

A monumental fall from grace at club level. Cahill has averaged 27 Premier League starts per season across his six full campaigns with Chelsea. This season he has managed just 21 minutes. Maurizio Sarri likes his passing central defenders, and Cahill simply doesn’t fit the bill.

But he is also in a difficult situation. His high wages mean that he is an expensive gamble for any non-Big Six team. Arsenal would presumably love to sign him and ease their central defensive crisis, but Chelsea may be reticent about strengthening a potential rival for a top-four place.

That all threatens to leave Cahill, now 33, in limbo. It would be a sad end to an excellent career.

A man who has never truly seemed at home in England, and yet a 29-year-old Darmian is closing in on four years as a Manchester United player. The Italian has started nine league games since May 2017, and been linked with moves to Juventus, Inter, Roma and Milan in that time.

Jose Mourinho said publicly last summer that Darmian could leave if a suitable offer came in for him, but it appears that his price tag is putting off Serie A suitors. One of the dangers of moving to English football is that any interested party must pay a Premier League premium to export you.

"I want to leave but we’ll see what happens because we don't know," said Darmian seven months ago. Nothing whatsoever has changed.

A career that has gone sour. Sadio Mané and Virgil van Dijk may have gone on to much bigger and better things after leaving Southampton, but the same is not true of Schneiderlin. The Frenchman saw his dream move to Manchester United fall apart under Louis van Gaal, but the assumption that joining Everton might kick-start his career has been proven wrong.

Schneiderlin started 24 league games last season, but frustrated most Everton supporters with his limpness in midfield. This season he has played 285 league minutes and dropped further from contention following the arrival of Andre Gomes from Barcelona.

Now 29, the 15-time France international needs regular first-team starts and must surely be considering pushing for a move away.

Leicester’s golden generation is slowly slipping into the past. The team that started the defeat to Wolves last weekend contained Jamie Vardy, Danny Simpson, Wes Morgan and Kasper Schmeichel from the 2015/16 vintage, but it’s debatable whether Morgan and Simpson should still be first choice.

For Morgan, Simpson, Christian Fuchs, Shinji Okazaki et al – all aged 32 or over – falling out of the first-team picture is palatable. But for Andy King, only 30 and without a Premier League appearance this season after being left out of the Foxes’ squad, the situation is a little more desperate.

King spent part of last season on loan at Swansea, and should have secured a permanent move away last summer. A loan move to the Championship is the minimum expectation for the club hero this week.

It’s been quite the season for Kamara. He has scored Premier League goals away at Arsenal and Manchester United, angered Claudio Ranieri by stealing a penalty from Aleksandar Mitrovic and then missing it, was banned from Fulham’s training ground after fighting with Mitrovic, then arrested and charged with ABH and criminal damage having returned to the training ground to seek a meeting with Fulham’s chief executive and fought with a member of staff.

“The club is grateful for the swift attention and action by the Metropolitan police immediately following our reporting of the incident,” a Fulham statement read. “The subject who was arrested is banned indefinitely from Motspur Park and all club activities.

“We will refrain from further comment but will stress that we will fully cooperate with any new or continuing investigation or legal proceeding in the name of providing everyone a secure and safe working environment.”

Yeah, probably best if you move on fella.

The greatest description of Carroll this season came from Daily Telegraph journalist and West Ham supporter Dan Silver, who described one performance as “like a drunk wardrobe”. Carroll’s injury problems are sad, but there is an accusation that he fails to get himself into peak physical condition to recover from them appropriately.

Now only an emergency option from the bench for Manuel Pellegrini, Carroll must surely seek out regular first-team football in a bid to regain match sharpness and try to salvage his career having turned 30 this week. High wages are an obvious stumbling block, making a loan to the Championship one obvious option. But is he worth the risk?

QUIZ! Can you name the first-team players Chelsea have sold since 2008/09?

FEATURE Just how good is Wilfried Zaha? The numbers don't add up...

Bonatini has had a strange career. Still only 24, He started at Cruzeiro in Brazil before being loaned to Juventus for a season at the age of 16. He then moved to Estoril in Portugal, where he scored 17 Primeira Liga goals in 2015/16. Next came Saudi club Al-Hilal, where he stayed for a season before joining Wolves on a 12-month loan deal that was made permanent last summer. He was Wolves’s second-top scorer in the Championship, having scored all of his 12 goals by December 4.

So far, Bonatini has barely laid a finger on the Premier League. He has made seven substitute appearances, failed to score and had one shot on target from nine attempts. With Adama Traore now filling the role of Plan B striker, Bonatini could do with another loan move to avoid falling off the radar.