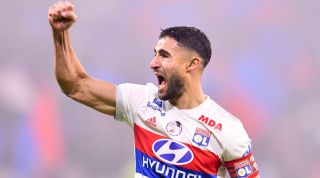 Areola is now a World Cup winner – albeit as France’s third-choice goalkeeper in Russia – but back in Paris he might find that he's also set to take a back-up position at club level. The arrival of Gianluigi Buffon puts Areola’s place in jeopardy and there’s no way that the PSG youth graduate will accept playing second fiddle having fought so hard to claim a first-team spot ahead of German Kevin Trapp.

Areola has plenty of admirers after gaining Champions League experience and proving his adaptability during loan spells at Lens, Bastia and Villarreal earlier in his career. The 25-year-old has time on his side to improve and could make an excellent investment for a Premier League side.

The 25-year-old was one of the stars of the Monaco side that claimed the Ligue 1 title and reached the Champions League semi-finals in 2017 – and is widely expected to leave the principality club this summer. Premier League suitors face stiff competition for his signature as Atletico Madrid – who have already snapped up Sidibe’s club and international colleague Thomas Lemar – are thought to be among the front-runners to buy the former Lille man.

Sidibe offers the benefit of being able to play in both full-back positions, although he prefers operating on the right. As a bonus, his asking price might have dropped a little (from €30m towards €20m) as he’s lost his place in the France side to Benjamin Pavard.

Bourigeaud was one of the best players in Ligue 1 operating for a side outside the ‘big four’ of PSG, Monaco, Lyon and Marseille last season. Although he emerged as a central midfielder at former club Lens, the 24-year-old can also play as a right midfielder and his crossing and set-piece ability have been compared to David Beckham’s because of the whip, pace and direction that he gets on the ball.

Last season was Bourigeaud’s first full campaign in the French top flight, but he thrived, notching 10 goals and six assists in 35 starts. Rennes will demand seven or eight times the €2.6 million that they paid to prise him away from Lens 12 months ago – but he could be worth it.

Senegal may have crashed out of the World Cup in the first round but Youssouf Sabaly caught the eye thanks to effective attacking performances from right-back. Ligue 1 followers won’t be surprised by what they saw: ex-PSG trainee Sabaly has impressed at Bordeaux over the past couple of seasons, defending diligently and producing some choice moments of play when he gets into the opposition half of the field

The 25-year-old offers the advantage of being equally comfortable at right-back and left-back, so ought to command attention from mid-table Premier League clubs looking to add quality on both flanks.

Skhiri was a solid presence in the centre of the pitch for Tunisia at the World Cup, building on the quietly consistent performances he’s turned out for Montpellier over the past couple of seasons. A graduate of the 2012 Ligue 1 champions’ youth academy, the 23-year-old can play in a midfield two or at the base of a midfield three and looks ready to move on to the next level.

Intelligent positioning and simple, smart use of the ball are the foundations of his game. Montpellier have already sold one of their most promising players this summer (defender Nordi Mukiele to RB Leipzig for €14m in late May), but a similar-sized offer may tempt the club from Languedoc-Roussillon to wave farewell to Skhiri.

Last season was Aholou’s first in Ligue 1 and he excelled as an energetic, left-footed presence in newly-promoted Strasbourg’s midfield. The former Lille graduate must have thought his career had stalled when Lille released him in 2015, but he moved to third-division Orleans and then gradually worked his way through the ranks.

Monaco reportedly made a €10m bid for the 24-year-old Ivory Coast international last month, and there’s a school of thought that he needs at least one more season in Ligue 1 before moving abroad. Yet Premier League clubs will already be eyeing a player with the quality and athleticism to succeed in England one day.

Operating as part of a highly effective back five, Roussillon was arguably the best left-wing-back in Ligue 1 last season, building impressively on the rich promise he’d shown since he was a teenager. A former team-mate of Paul Pogba and Samuel Umtiti for France at youth-team level, the 25-year-old saw his progress interrupted by injuries, but spells on the sidelines haven't robbed him of the pace that’s his greatest asset.

Roussillon has the energy and stamina to get up and down the flank repeatedly over the course of a game, meaning he’s suited to the Premier League’s intensity. His contract is up in 2019 so he should be available for a knockdown price.

Barely known in France, let alone outside it, Oudin is preparing for a first season in Ligue 1 having won promotion with Reims last May. A tall, graceful player who can operate on either flank or centrally, he ended the 2017/18 Ligue 2 season with tremendous stats – seven goals and seven assists in 18 games – and is under contract until 2021.

The weight and timing of his final ball is a stand-out quality, and the 21-year-old has a natural ability to arrive in the penalty area at the right time to convert scoring chances. Right now he’s below the radar, but that won't remain the case for long.

Liverpool thought they had a move for Fekir sewn up before the World Cup kicked off, only for the £53m deal to fall through amid reports of issues with his medical. Yet there is still hope in France and on Merseyside that the transfer can be revived.

Fekir enjoyed an outstanding 2017/18 at Lyon (18 goals and seven assists in 28 Ligue 1 starts), and Liverpool have identified the France international as the ideal long-term replacement for the departed Philippe Coutinho.

Fekir, who turned 25 this summer, is happiest operating in a central position and has the energy, skills, creative and finishing ability to be a major asset for Jurgen Klopp’s side if he secures a switch to England.