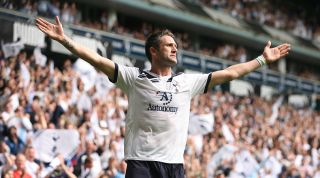 But rejoice! For everyone*'s favourite gruffalo Mick McCarthy is back in the hot seat and absolutely loving life. "It was a horrible game. I’ve not enjoyed one single minute of it," he tooted after masterminding a 1-0 win over Gibraltar in his first game since returning. Keep on keeping on, Big Mick.

Ireland face Georgia on Tuesday night in their second Euro 2020 qualifier, but only one of the players below – the Irishmen who've plundered 10+ goals in the Premier League – is in their current squad. And he's a defender.

Alas, never mind: you've got six minutes to name the men in this exclusive club of 27. As ever, don't forget to tell us how you fared @FourFourTwo on Twitter – we'll retweet your scores providing you don't give away the answers to everyone else.

*unless you're Roy Keane.