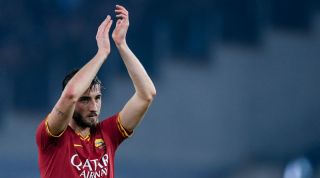 Cristante is a mainstay in Roma's midfield who operates as a box-to-box player.

According to Calciomercato, Arsenal will send scouts to watch Cristante in action against Lecce this weekend.

Arsenal were reported to be keen to bring in a midfielder in January but prioritised the defence instead.

In the end, the Gunners signed Pablo Mari from Flamengo as centre back cover and Cedric Soares from Southampton to reinforce the flanks of their defence.

Neither player is yet to feature for Arsenal as they were both carrying injuries when signed.

But whilst Arteta has made sure he's insured in defence, the midfielder conundrum remains.

None of the aforementioned players have managed to have a lasting impression on Arteta, it would seem.

Granit Xhaka, who was infamously stripped of the Arsenal captaincy, appears the only player to hold onto his starting place almost every game.

Cristante is believed to be worth around £22m, making him a somewhat affordable option if Arsenal were to fail to qualify for the Champions League.

The Italian's career has been littered with loan spells, with the player struggling to settle down anywhere.

But the 24-year-old has found a home in Rome and his contract, which runs till 2024, suggests he's happy to be there for the long term.