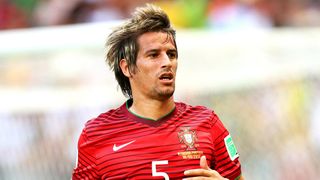 Sporting CP have announced the signing of Real Madrid left-back Fabio Coentrao on a season-long loan.

The Portugal international has been a Madrid player for six seasons, but made just three LaLiga appearances last season and startlingly admitted in march that he was "in no condition" to play for Los Blancos.

With vice-captain Marcelo firmly established as first-choice left-back and Theo Hernandez close to sealing a switch from Atletico Madrid, Coentrao has been allowed to leave.

Sporting finished third in the Primeira Liga last season, qualifying for the preliminary stages of the Champions League, as Benfica won their fourth title in a row.

Jorge Jesus' side have been busy in the transfer market, signing Seydou Doumbia on loan from Roma, as well as Bruno Fernandes, Cristiano Piccini and Andre Pinto.