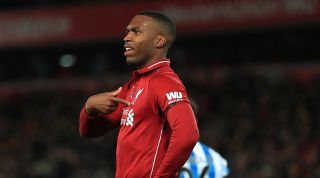 Liverpool have identified up to 12 players in case of the departure of striker Daniel Sturridge, according to the Daily Mail. Among the line-up are Nigerian winger Samuel Chukwueze, Ajax’s Hakim Ziyech and David Neres, and Lyon’s Bertrand Traore, who had a taste of the Premier League with Chelsea between 2014 and 2017.

West Ham believe Marko Arnautovic will remain at the London Stadium this summer despite showing an interest in the Chinese Super League in January, the Mail reports. Boss Manuel Pellegrini is said to want to pair the 30-year-old forward with summer transfer target Salomon Rondon.

Manchester United are close to agreeing on a deal with Swansea’s Daniel James in a move worth £15 million, according to the Daily Mirror. The Red Devils are also reported to have their sights on Crystal Palace’s considerably more expensive Aaron Wan-Bissaka but will have to shell out up to £50 million for the full-back, the paper says.

Sticking with United, and it looks like David de Gea’s time at Old Trafford could be coming to an end. The Sun says the goalkeeper has rejected the club’s final contract offer while attracting interest from Paris Saint-Germain, who are said to be planning a £60 million swoop this summer.

Chelsea 'admit defeat' and are prepared to sell Eden Hazard this summerhttps://t.co/Lmqt43GF2cpic.twitter.com/Kk6n1H7zco— The Sun Football  (@TheSunFootball) May 22, 2019

Isco: Speculation about the midfielder’s future at Real Madrid has put rivals Manchester City and Manchester United on red alert, the Mirror says.

Wilfried Zaha: Tottenham have ended their pursuit of the Crystal Palace forward due to his £100 million price tag, the Evening Standard reports.

QUIZ! Can you name the 50 most recent Premier League managers?