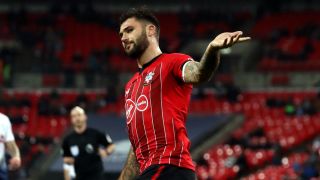 It was a great couple of days for goalscorers in the Premier League, as matchday 15 saw its 20 teams record a feat that had not been achieved for eight years.

Every side was in action across Tuesday and Wednesday, and they all found the net at least once in an entertaining set of fixtures.

It marked the first time since November 27-28, 2010 that every team in the division had the found the net on the same matchday.

However, it would not have been the case had Charlie Austin not scored in the third minute of stoppage time for Southampton against Tottenham, with his consolation in a 3-1 defeat made a little bit more meaningful.