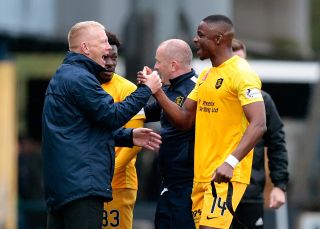 Hamilton have signed defender Hakeem Odoffin from Livingston for an undisclosed fee.

The 22-year-old former Wolves trainee made 20 appearances for Livi after moving to Scotland from Northampton in January 2019.

After signing a one-year deal, the right-back told Hamilton’s website: “I’ve experienced the league now, I’ve played the games and it’s something I’m looking to thrive on.

“I want to grow as a player in the team, to play my part and do what I can to be successful as possible as a club.”

Head coach Brian Rice added: “It’s a young group we have and we need some players who have played at this level to help. He is still a young lad but he’s got some good experience behind him.”