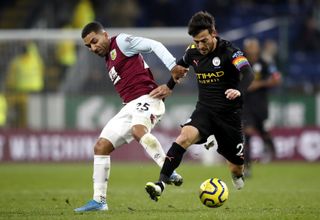 Man City have more or less nothing to play for in the league, with second place all but confirmed. They do, however, have an eye on next month's Champions League matches, with Pep Guardiola's side leading Real Madrid after leg one. The Catalan can use these matches to rotate and experiment. Whether that plays into Burnley's hands or the opposite remains to be seen.

Sean Dyche has steered his brawlers away from an early season flirt with relegation. Burnley can therefore use this time to fine tune their own preparations for next campaign.

Kick-off is at 8pm BST and the game is being shown on Pick, Sky Sports Premier League, Sky Sports Main Event, Sky Sports Ultra HD and Sky One in the UK. See below for watching details where you are.