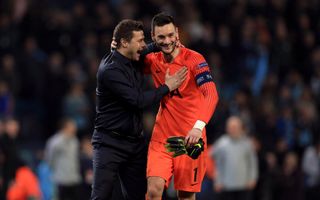 Tottenham will face Ajax in the semi-finals of the Champions League after beating Manchester City.

Here, Press Association Sport looks ahead to the clash with the Dutch side.

Ajax’s youthful squad have delighted audiences on their thrilling run to the last four. Frenkie De Jong (21) is one of the jewels in the crown. The midfielder was linked with City earlier this season before Barcelona beat them to his signature in a £65million deal. Defender and captain Matthijs De Ligt (19) is another rising star of the Dutch game while winger David Neres (22), forward Kasper Dolberg (21), midfielder Donny Van De Beek (21) and goalkeeper Andre Onana (23) also have bright futures. Add to this the dangerous and more experienced players such as Hakim Ziyech, Dusan Tadic and Klaas Jan Huntelaar, and Ajax have a powerful unit.

Tottenham’s key players are no secret, even though the main one Harry Kane will be missing through injury. Son Heung-min has really stepped up in Kane’s absence and is having a fine season while Christian Eriksen and Dele Alli make things tick going forward. Belgium pair Jan Vertonghen and Toby Alderweireld are the defensive kingpins.

Mauricio Pochettino is in uncharted territory, having never got this far in the Champions League, with the round of 16 his previous best run. The Argentinian has one of the best reputations in the game after turning Spurs into a major force in English football without the spending power of their rivals and he has received interest from Real Madrid and Manchester United. The big question mark over him remains his lack of trophies and he would love to put that right in the biggest competition of all.

Erik Ten Hag, 49, who had three spells at Twente during an unheralded playing career, had first-team coaching experience at Go Ahead Eagles and Utrecht before landing the Ajax job in December 2017. He led the Amsterdam club to second place in the Eredivisie last year and they are involved in a close title race with PSV Eindhoven this term.

Tottenham’s status as a Premier League powerhouse should mean they are favourites, despite Ajax’s list of scalps already taken in previous rounds. When Spurs are at their best they can swamp teams with their high-pressing, high-intensity game. Their speed and quality in attack mean they are always dangerous going forward. However, they are not always at their best and often are accused of going missing in the big games, earning the nickname ‘Spursy’. Defensively they are sometimes vulnerable, meaning their games are always entertaining.

Ajax boast some of the hottest young properties in the European game and the energy they provide has served them well in this campaign. They have also shown no fear in the face of some revered opposition and their confidence must be soaring. This will be a difficult result to predict but, in terms of tactics, Pochettino might just have the edge over Ten Hag.