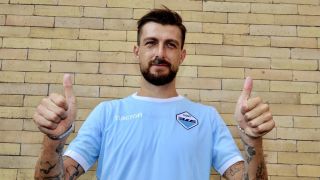 Lazio have signed defender Francesco Acerbi on a five-year contract from Serie A rivals Sassuolo.

The Biancocelesti announced the completion of the deal on Wednesday, with the centre-back joining for an undisclosed fee.

Acerbi, who spent five seasons with Sassuolo, arrives as a replacement for Stefan de Vrij after the Dutch defender joined Inter on a free transfer.

The 30-year-old has won two caps for Italy and previously had a single-season spell with AC Milan.