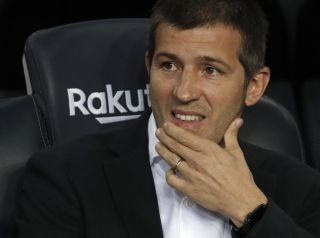 Here, the PA news agency takes a look at what lies in wait for Frank Lampard and his players.

Former Real Madrid assistant Albert Celades was appointed last week after Marcelino was sacked following a slow start to the season, despite leading the club to fourth place and the Copa Del Rey trophy last season. Celades, who played for both Barcelona and Real, is embarking on his first senior club managerial role. The club’s players are understood to be unhappy with the change and have since refused to speak to the media in protest.

Kevin Gameiro already has two goals to his name this season and Chelsea’s relatively inexperienced backline will be tested to the full by the bustling 32-year-old striker.

Valencia have won six La Liga titles, the last of which was in 2004 under Rafael Benitez, and eight Copa del Rey titles including last season. In their pomp they reached two Champions League finals in a row, losing to La Liga rivals Real Madrid in 2000 and Bayern Munich on penalties after a 1–1 draw in 2001.

Not too clever. Four points from their opening three games spelled the end for Marcelino, and Celades’ first match in charge was a 5-2 defeat at the hands of Barcelona.

The teams have met four times in the Champions League group stages, in 2007 and 2011. Chelsea won one and drew one each season. Earlier in 2007 they faced each other in the quarter-finals, with Michael Essien’s injury-time winner in the second leg sending the Blues through 3-2 on aggregate. Lampard played in four of those meetings and scored in a 1-1 draw in the  Mestalla.