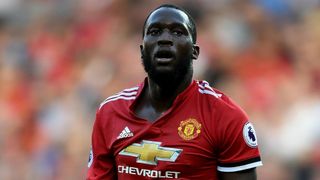 Manchester United star Romelu Lukaku is battling an ankle injury but was cleared of a fracture by Belgium medical staff.

Lukaku has made a flying start at United, scoring 11 goals in 10 games in all competitions.

The 24-year-old had scans on his ankle on Monday, but was cleared of a fracture and will be put on an individual training program, Belgium said.

Lukaku reportedly suffered the injury during United's 4-0 win over Crystal Palace in the Premier League on Saturday.

It remains unclear whether Lukaku will be available for his nation's World Cup qualifiers against Bosnia-Herzegovina and Cyprus.

had an IRM (ankle) this afternoon No fracture, individual training program will follows. October 2, 2017