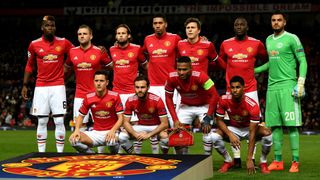 Manchester United have increased ticket costs for travelling Sevilla fans in response to the Spanish club's decision to hike prices for the Champions League clash on February 21.

Sevilla's decision to charge United fans £89 for the match at the Ramon Sanchez Pizjuan sparked outrage among the Red Devils faithful and led to talks between the clubs to try to reach a compromise.

United say the LaLiga club have refused to lower the cost, prompting them to take action by charging the same amount for Sevilla fans travelling to Old Trafford for the second leg of the last-16 tie in March.

The additional £35 per ticket will be used to offset the expenses of United fans heading to Spain for the first leg, meaning they will pay £54 – the same amount Liverpool supporters shelled out for their group-stage trip.

Any money left over from the price increase will be donated to the Manchester United Foundation, the club's charity arm.

In an email to supporters who have been successful in acquiring tickets for the game, the club said: "In this instance we believe that our travelling supporters are unfairly being subjected to increased/excessive ticket prices from the host club.

"This view is shared generally amongst travelling supporters, and we have received lots of requests from individuals and supporter groups to intervene in this matter.

"This has been raised with Sevilla, and internally, but ultimately Sevilla have not agreed to significantly lower the price of tickets for our fans to what we view as a reasonable level. Therefore we have taken the difficult decision to charge Sevilla fans for the return leg at Old Trafford the same amount as our fans have been charged for the away fixture.

"We will subsidise our travelling support by refunding the difference between the price charged (£89) and the price that was paid by Liverpool supporters in the Group Stage of this year's competition (£54). The £35 difference will be refunded prior to the game taking place.

"As a result of the changes to ticket prices for away fans, should we gain any additional revenue after having refunded our supporters, we will donate this to the Manchester United Foundation."