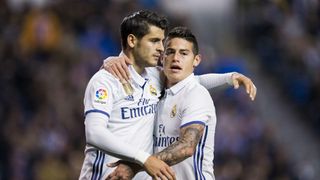 Monaco made an astonishing €289million in profit from their transfer activity in the last window, while Real Madrid and Arsenal were among the other major clubs to generate more cash than they spent.

The CIES Football Observatory has released analysis of the transfer activity in Europe's top-five leagues and found Monaco generated €394m in player sales, while only spending €105m of that on replacements.

Monaco's net balance would have been even higher had Thomas Lemar joined Arsenal on deadline day, Arsene Wenger having confirmed the Gunners made a €100m bid.

Borussia Dortmund made the second biggest profit from their transfer activity, their dealings generating a positive net figure of €110m with Ousmane Dembele's switch to Barcelona - which could reach a value of €147m - the biggest contributor.

Lyon were third on the list having made €72m, they received €129m in sales including Alexandre Lacazette to Arsenal and Corentin Tolisso to Bayern Munich.

Real Madrid's frugality in the transfer market continued, as they generated revenues of €47m through their dealings, Alvaro Morata joining Chelsea in their highest-profile departure.

Fiorentina and Sampdoria both made €42m, followed by another Serie A side in Lazio (€31m).

Swansea City, boosted by Gylfi Sigurdsson's move to Everton, were eighth with €27m, with the top 10 rounded off by Leverkusen and Arsenal (both €26m).

Arsenal broke their transfer record to sign Lacazette for €60m, but he was the only player they paid a fee for in the window, while they made €86m in sales, boosted by Alex Oxlade-Chamberlain's deadline-day move to Liverpool.

Of the five leagues, LaLiga was the only league to make an overall profit on transfer activity.

Clubs in Spain's top flight cumulatively made €9m, but Ligue 1 lost €55m and the Bundesliga's net outlay was an  €81m loss. Serie A's negative balance was €139m, while Premier League clubs splashed out €835m more than they received.