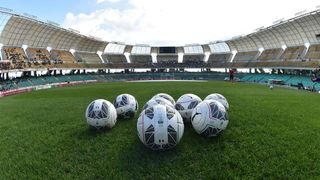 Napoli have applied to UEFA to play their home Champions League matches 160 miles away in Bari, president Aurelio De Laurentiis has confirmed.

The Stadio San Nicola, a venue for the 1990 World Cup, is a three-hour drive across the country from Naples but De Laurentiis has offered to pay for his club's fans to travel.

Napoli are due to host Liverpool on October 3 but the location of that match could now be in doubt following De Laurentiis' comments at the European Club Association assembly.

"The stadium of Napoli is a nightmare," De Laurentiis, who also owns Bari, told Corriere dello Sport. "Such a bad stadium limits the status of Napoli at an international level.

"I've asked UEFA to play Champions League games at Bari's San Nicola, I am open to paying the transportation for Napoli fans."

Napoli's other Champions League home games are against Paris Saint-Germain on November 6 and Red Star Belgrade on November 28.