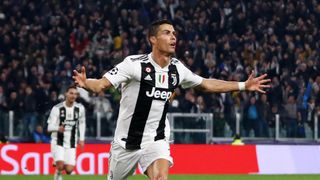 Ronaldo, 33, is a contender to win the individual honour for a record sixth time after leading Real Madrid to a third straight Champions League crown earlier this year.

The superstar forward made the move to Juventus in July and team-mate Matuidi backed Ronaldo to win the Ballon d'Or on Monday.

"He always wants to win and that makes the difference."

With Ronaldo leading the way, Juve have made a strong start to the season, sitting eight points clear atop the Serie A and moving into the Champions League knockout round.

Matuidi is pleased with how Massimiliano Allegri's men have performed in Europe, aside from their shock loss to Manchester United earlier this month.

"In Champions League we are doing well," he said.

"We had some good matches and we only stopped against Manchester United because we didn't score as many goals as we should."

Juventus' next outing sees them make the trip to Fiorentina on Saturday.