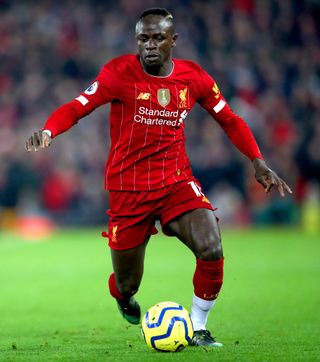 Sadio Mane has returned to training with Liverpool after overcoming a hamstring injury.

The Senegal forward has missed the leaders’ last two Premier League games since being forced off in the first half of the victory at Wolves on January 23.

Liverpool posted pictures of the 27-year-old training with the squad along with another recent injury victim, James Milner, on Monday.

Veteran Milner, 34, has also been sidelined with a hamstring injury and has not played since the FA Cup third-round win over Everton on January 5.

The pair’s return to training suggests they could be available for next week’s Champions League trip to Atletico Madrid.

Liverpool are back in action following their mid-season break when they travel to Norwich on Saturday. Jurgen Klopp’s side have a 22-point lead at the top of the table.