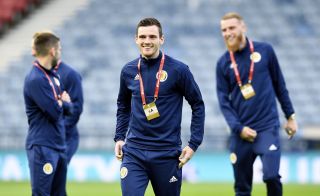 The UEFA Nations League is underway with Scotland welcoming Israel to Hampden Park this evening for their first Group F assignment.

Steve Clarke's side have been dealt a difficult group, with rivals including Slovakia and the Czech Republic as well as tonight's opponents. A win this evening may turn out to be invaluable later down the line.

Kick-off is at 7.45pm BST and the game is being shown on Sky Sports Main Event in the UK. See below for watching details where you are.

SEE THE FULL SCHEDULE Premier League live streams: How to watch every game in the coming season