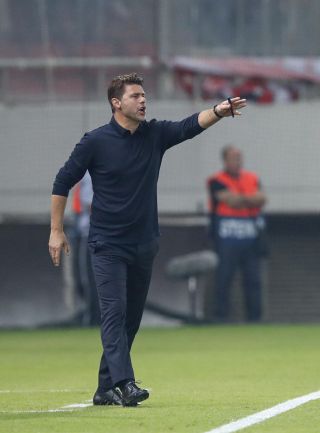 Liverpool began the defence of their Champions League title with an away defeat on a difficult opening week for English sides.

Tottenham, the beaten finalists last term, also endured frustration on the road while there was a win for Manchester City, a loss for Chelsea and an eye-catching result in Real Madrid’s match at Paris St Germain.

Here, the PA news agency takes a look at what we learned from the action that unfolded.

Familiar feelings for Liverpool and Spurs

Liverpool made a losing start to their defence of the trophy as they were beaten 2-0 by Napoli at the Stadio San Paolo on Tuesday. While it was a less-than-desirable way to begin, the Reds can take comfort from the fact that they were defeated in all three of their away group matches last season – including a reverse at Napoli – before going on to win the competition. There was a sense of deja vu for Tottenham as well as they were held to a 2-2 draw at Olympiacos on Wednesday, going 2-0 up in the first half before letting things slip – as they had in their previous away match, at Arsenal. Spurs look in need of tightening up defensively and boss Mauricio Pochettino stressed the need for improvement following the game in Greece.

If Manchester City appeared in a spot of trouble after being beaten 3-2 at Norwich on Saturday and then losing another centre-back to injury in the shape of John Stones, their performance against Shakhtar Donetsk in Ukraine on Wednesday did much to dispel those concerns. With midfielder Fernandinho playing in the heart of defence, Pep Guardiola’s men produced a pretty convincing display as they ran out 3-0 winners.

Chelsea returned to the competition after a season’s absence, with Frank Lampard making his Champions League debut as a manager and the youthful trio of Tammy Abraham, Mason Mount and Fikayo Tomori handed their first appearances at that level. It proved an unhappy occasion as the Blues lost 1-0 at home to Valencia after a late missed penalty by Ross Barkley, with the game also seeing Mount come off injured. Lampard afterwards said his side “probably should have won, or at least got a draw” before adding: “It’s a harsh lesson, but that’s Champions League football.”

Heat turns up further on Zidane

The pressure on Real Madrid boss Zinedine Zidane has been growing, with a mixed bag of LaLiga results being registered since the start of his second spell in the job in March, and it was cranked up even more on Wednesday as his men were comprehensively beaten at Paris St Germain. The Frenchman, who guided Real to three successive European Cup triumphs in his first stint as manager, saw them go down 3-0 as former player Angel Di Maria scored twice for a PSG side missing Neymar, Kylian Mbappe and Edinson Cavani.

Tuesday saw an exciting young player give the most high-profile indicator yet of his talent. Erling Braut Haaland, the son of former Leeds and Manchester City midfielder Alf-Inge Haaland, scored a hat-trick in RB Salzburg’s 6-2 Group E victory over Genk, having already netted two league trebles for the Austrian outfit this term. The 19-year-old’s goalscoring exploits have also included notching nine goals in one game – Norway’s 12-0 win against Honduras in May at the Under-20 World Cup. Haaland is the third-youngest player to score a Champions League hat-trick, behind Raul and Wayne Rooney, and looks set for a big future.