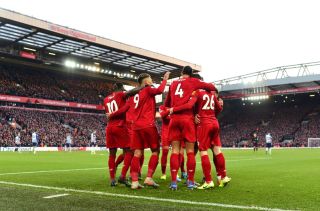 Now Jurgen Klopp's Liverpool are targeting a record points total - just to rub salt in the wounds of last season's victors, Manchester City, who hold the record. The Reds haven't been playing quite at full throttle since the restart, but with young talents like Neco Williams and Curtis Jones looking to impress and the likes of Naby Keita and Divock Origi wanting to stake claims in the side, you'd be a brave person to bet against them in any upcoming games.

Brighton meanwhile look safe from the drop. It's fair to say that the Seagulls haven't quite gelled as smoothly as Graham Potter would have hoped this season, but good end-of-season form will build momentum for next campaign.