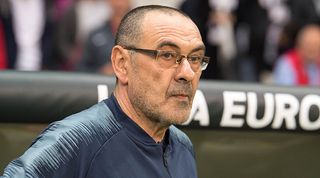 The future of Eden Hazard at Chelsea is subject of speculation, with Spanish media reporting the Belgian is considering handing in a transfer request to force a move to Real Madrid, while the Daily Mirror reports the Stamford Bridge side have already rebuffed a £100m offer. Hazard only has one year left on his contract and could leave for nothing in 12 months.

Sticking with Chelsea, and Roma are said to have offered Maurizio Sarri a deal to become their manager this summer, reports the Daily Telegraph. This follows speculation that former Chelsea boss Antonio Conte has turned down the job at the Serie A side.

Marco Asensio is again being linked with a move to Liverpool according to the Daily Mirror, with the winger having made 28 league appearances for Real Madrid this season.

Liverpool have also expressed interest in signing Swansea’s Daniel James, though they will have to battle Manchester United to land the £10m-rated player according to the Daily Mail.

Huddersfield could lose Jonas Lossl, Mathias Jorgensen and Danny Williams following their relegation to the Championship, with Laurent Depoitre and Erik Durm also potential departures according to the Daily Mirror.

Gareth Bale: The Wales midfielder is among a string of players who have been told they have no future at Real Madrid, Marca says.

Andre Gomes: Everton, Tottenham, Roma and Inter Milan are all keen on the midfielder who has been on loan at Goodison Park this season, writes the Daliy Mirror.