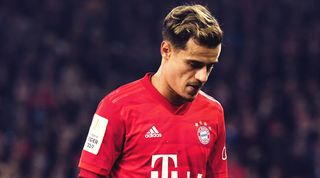 You could make a case for saying that Philippe Coutinho has been one of the most influential players of the last five years. Not because of anything he’s achieved on the pitch, but for the lasting and wide-ranging effect of his transfer to Barcelona.

Had the Catalans not been panicked into their exorbitant overspend, then Liverpool would have been denied the funds needed to summit the sport. Perhaps other sacrifices would have been made and a sleight of hand or two would have allowed Jurgen Klopp to still achieve what he has, but it’s hard to see how.

In two senses: without selling Coutinho, Klopp would have been denied the funds to acquire critical pieces, particularly in defence. Had the Brazilian stayed at Liverpool and operated either as a wide-forward or from the tip of midfield, it’s also fair to claim that – firstly – the side wouldn’t be balanced in quite the same way and – secondly – that his inclusion would have come at the expense of another player’s progress.

Maybe Georginio Wijnaldum, Fabinho or – somehow – Mohamed Salah or Sadio Mane? Football is rarely that neat, but there would certainly have been a cost to keeping Coutinho.

His final months at Anfield seemed to be a strange time. Perhaps it was an illusion created by the circumstances, but he seemed determined not to smile. He didn’t play badly in the first half of 2017/18, he scored a couple of beautiful goals at Leicester and Newcastle, but he carried himself in a despondent way. It was as if having been denied his move to Barcelona, he was keen to wear his disappointment as visibly as possible.

A trick of the mind? Maybe, but whenever the camera caught him, he did seem unusually subdued.

RANKED! The 50 coolest footballers of all time

Today, that seems ill-advised. He got his move to Barcelona, but in less than eighteen months he’d be out on loan. He seems to have no future at Camp Nou. Nor does he with Bayern Munich, who appear happy to allow his loan just to expire. Running parallel to his own stasis has been Liverpool’s tremendous rise and that, of course, creates the overwhelming sense of bad timing.

He hasn’t played badly during that period. Actually, prior to the lockdown he’d enjoyed a productive season at the Allianz Arena and when he returns to Barcelona it will be with his reputation intact and a host of Champions League clubs interested in signing him. A success of sorts, then?

Not really. Coutinho will turn 28 next week and never has his place in the game been more tenuous – never has he been more disconnected from its central arteries. An argument could certainly be made for him improving all sorts of teams around the continent – Chelsea, Tottenham, Arsenal, Juventus – but the caveat with all of those solutions is that better options are available and, in nearly every case, should be pursued first.

That’s "better" in the sense of being more financially appealing, but also more long term and practical. Would Chelsea want to compromise Mason Mount’s development by signing him, for instance? Would Tottenham want to limit the playing time of Giovani Lo Celso? In each instance probably not and, in both cases, that rather shows Coutinho for what he is and what his career’s journey has turned him into.

He’s become a transient figure. He has prioritised career advancement over the opportunity of being at a club that better suited his ability. It’s a compromise which has diluted his identity and, over time, made him seem a more ordinary player than he really is. So, he’s garnish now, not texture. He’s someone a club might sign to complement what they already have, not a player they might use to build around.

Given how talented Coutinho is, that’s a strange situation to be in.

It’s a quirk of the transfer market and it’s happened before – and with Barcelona specifically. Alex Song’s transfer from Arsenal in 2012 had a similar effect on his career. That summer he was one of the most coveted midfielders in Europe. Less than two years later, he was on loan at West Ham.

It’s almost like actors who take supporting roles at the wrong moment in their careers. They become so keen to be involved in a film that they overlook the potential cost to their reputation and the long-term harm of playing second fiddle to Tom Cruise or Matthew McConaughey.  Additionally, because they no longer really define the project they’re involved in – because they’re not on the billboard - they become less distinctive.

Hero Midfielder no.1 just becomes Occasional Goalscorer no.6. Years later, he’s someone that you have to IMDB.

To call Coutinho a cautionary tale would be over the top. He is, however, a reminder of what can happen if a player misjudges his place in the game and how quickly he can become part of its chorus. It’s the cost of being in the wrong place at the wrong time and making a habit of appearing under the wrong lights.