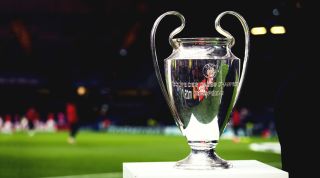 You have ten minutes to guess 50 answers.

THEN TRY Quiz! Can you name the 2020-21 Premier League managers, captains, biggest signings and scorers?

It's back - and some would say, it's better than ever.

The Champions League second legs are already underway, but that's just a mere formality: next week, we see straight knock-outs in the greatest club competition on Earth, in neutral environments.

We might never see the Champions League like this ever again - so let's embrace it. In the meantime, we'd like to know how much you know about the history of the competition.

We've come up with 50 questions about the Champions League - or European Cup, as it was back in the day. How well do you know Ol' Big Ears?