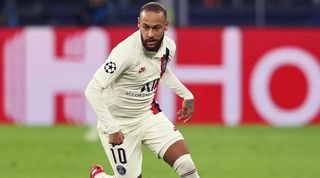 Eight minutes on the clock, 25 players to guess.

NOW TRY Quiz! Can you name every FA Cup semi-finalist since 2000?

In Europe, the Champions League is king. Of course, we still love England to have a good World Cup run, but the players that we deem to be world-class? Usually, they're the ones who turn it on in Europe.

We don't expect Mohamed Salah or Gareth Bale to wait until an international tournament to prove their worth. It's a different story in Brazil, however.

For many in South America, Neymar will never be one of the all-time greats for Brazil if he doesn't win a World Cup. After all, how could he talk to the likes of Pele, Ronaldo, Romario and the like without that title?

For what it's worth, he's turned it on in the Champions League - but who else has?