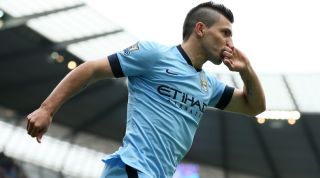 It only finished a couple of summers back, but the 2014/15 Premier League season seems a lifetime ago in many ways. It was the year that Jose Mourinho crowned his successful (at that point) return to Chelsea with a Premier League title triumph.

Yet the "Happy One" – no sniggering please – wasn’t the only manager in a good place. Ostrich handler Nigel Pearson oversaw an epic turnaround at Leicester, as the Foxes leapt from bottom in April to 14th come the season’s end thanks to seven wins in nine games. It’s all looking rosy for Nigel!

It was also a good season for footballers reaching double digits, as 24 players hit 10+ league goals. So we’re asking you to name as many as you can in six minutes, before telling us how you got on @FourFourTwo (we’ll retweet the best scores, just don’t give any answers away). Then challenge some pals too, eh? Lovely.