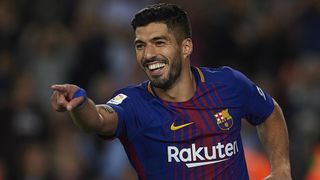 Liverpool attacking midfielder Philippe Coutinho and Atletico Madrid goalkeeper Jan Oblak make up the rest of the five to be announced in France Football's second quintet.

That means the first 10 of a total of 30 nominees for the 2017 prize have been announced.