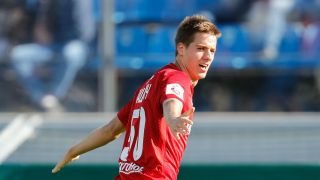 Chelsea midfielder Mario Pasalic will spend a fifth season out on loan after Atalanta agreed a season-long deal for the 23-year-old.

Pasalic moved to Stamford Bridge in 2014 and has had temporary spells across Europe, including a year with Italian giants AC Milan.

He spent the 2017-18 campaign with Spartak Moscow, making 21 appearances in the Premier League, scoring four goals.

A second stint in Serie A beckons after Atalanta added him to their squad for the 2018-19 campaign, with the Italian club holding an option to make the move permanent.

Mario Pasalic will spend the upcoming season on loan at Serie A side Atalanta.Good luck, Mario! July 25, 2018