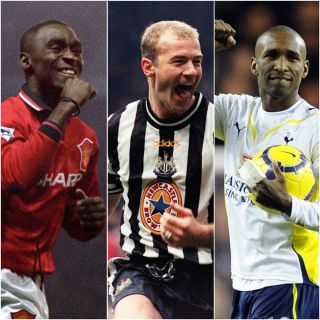 Manchester City’s 8-0 victory over Watford joined the ranks of the biggest Premier League wins, just missing out on the overall record.

Here, the PA news agency looks at the nine times a Premier League team has scored eight or more goals in a game.

Alan Shearer was the five-goal hero on this occasion – with the help of two penalties – as relegation-bound Wednesday were routed at St James’ Park. Aaron Hughes set the ball rolling, while Kieron Dyer and Gary Speed netted in the second half.

Carlo Ancelotti’s side hit seven or more goals for the fourth time in 2009-10 against Wigan, who had defender Gary Caldwell sent off on the half-hour. Didier Drogba (three), Nicolas Anelka (two), Salomon Kalou, Ashley Cole and Frank Lampard’s penalty left Chelsea champions and on the brink of a Premier League and FA Cup double.

Fernando Torres opened the floodgates early on and defenders David Luiz and Branislav Ivanovic made it 3-0 at half-time. Ramires netted twice in a second half also featuring goals for Lampard, Oscar and Eden Hazard.

Five goals in the first 18 minutes, from David Silva, Sergio Aguero (penalty), Riyad Mahrez, Bernardo Silva and Nicolas Otamendi, saw City carry on where they left off in their 6-0 FA Cup final win over the Hornets four months earlier. Bernardo went on to complete a hat-trick before Kevin De Bruyne rounded off the scoring.

Ole Gunnar Solskjaer came off the bench to fire four goals in the last 10 minutes in the rout of Forest, who went down at the end of the campaign. Andy Cole and Dwight Yorke each scored twice, with Alan Rogers briefly levelling matters for Forest.

City have been on the receiving end of a similar scoreline – Richard Dunne’s 15th-minute dismissal contributed significantly and allowed Stewart Downing to score the first of his two goals from the resulting penalty. The much-maligned Afonso Alves bagged a hat-trick, with Adam Johnson, Fabio Rochemback and Jeremie Aliadiere also on target. Elano’s consolation could not disguise an ignominious end to Sven-Goran Eriksson’s City reign.