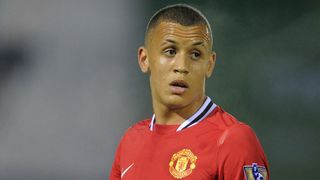 Morrison was considered an exciting prospect at Old Trafford early in his career but has since struggled to realise his potential at clubs including West Ham.

Lazio signed Morrison in 2015 but he never started a Serie A game for the club, spending time on loan at QPR and in Mexico with Atlas.

The 26-year-old will now embark on the next chapter of an increasingly nomadic career after agreeing a deal with Ostersunds that runs to the end of June.

"It's a fantastic signing for us. David Webb, our technical director, has done a fantastic job," Ostersunds coach Ian Burchnall told the club's website.

"He has trained with us for a while and we have talked to him about his career and what he wants. It feels great that he is now our player.

"He lacks match training now, he has not played matches since last summer, but I am convinced that he is 100 per cent ready for the start of the Allsvenskan [in March].

"He's definitely a matchwinner. Now we will help him become a really good football player here at Ostersunds."