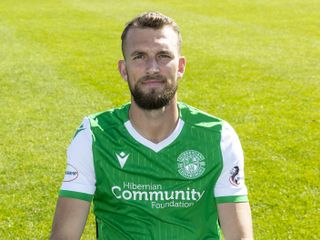 Christian Doidge is among the Hibernian players missing from their Scottish Premiership opener against Kilmarnock at Easter Road.

The striker is back in training following a knee injury but is not ready to feature. Adam Jackson has also missed a chunk of pre-season training while Stevie Mallan has had some knee issues and is a doubt.

Ryan Porteous is set for his first appearance since aggravating a knee problem in January. Kevin Nisbet, Alex Gogic and Drey Wright could all make their debuts for Hibs.

Aaron Tshibola is added to the Kilmarnock squad after returning to the club on Friday.

New goalkeepers Danny Rogers and Jake Eastwood are vying for the number one position after also signing this week.