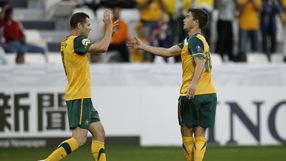 Two of Australia's most experienced internationals, forward Kewell and midfielder Emerton missed out on the win over Oman in October after returning home to play their club football in the A-League at Melbourne Victory and Sydney FC respectively.

"I thought they had to get settled in their new environment but now with a couple of games having been played, I thought I want to include them again," Osieck told a news conference in Sydney.

"Although I have to admit, and I want to make this very clear, that I expect a lot more of them other than they have produced so far.

"But knowing of their value and what they bring to the team, I invited them to be part of our trip to Oman and Thailand."

Australia are scheduled to play Oman in Muscat on November 11 and Thailand four days later in Bangkok as they look to maintain their perfect start to their campaign to qualify for a third straight World Cup finals in 2014.

Osieck said there was "no guarantee at all" that Emerton, who has played 89 times for his country and Kewell, who has won 54 international caps, would play in either fixture.

"Whoever shows the right performance in training has the chance to be nominated for the game," the German added.

Aston Villa defender Chris Herd, who is also eligible to represent Scotland, was the only uncapped player included in the squad, while Fulham goalkeeper Mark Schwarzer could win his 93rd cap after his recall.

With five players on yellow cards and one further caution away from a suspension after the three victories in three games, Osieck said he would be "calculating" about which players he picked from the 23-man squad.

One thing that was not up for debate, however, was the way the Socceroos would be expected to approach the two away fixtures.