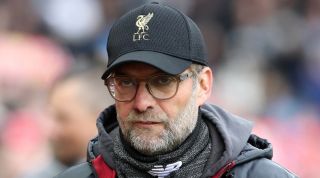 Two years ago, club chairmen voted to shut the transfer window the day before the opening game of the league season to ensure that all business is concluded before the competitive action begins.

But the Times reports that the three top-flight giants have joined several other clubs in wanting a return to the old system of sharing a transfer deadline with European football’s other major leagues.

The issue is set to be brought up at the Premier League chairmen’s meeting on 12 September.

Support is growing for the abolition of a rule that saw the window close on 8 August this summer, three-and-a-half weeks before the deadline in Serie A, La Liga, Ligue 1 and the Bundesliga.

There is a view that the experiment has handed an advantage to major clubs across Europe after other leagues failed to follow England’s example by bringing their deadlines forward.

A majority of 11 of the 20 Premier League clubs’ support is needed to change the deadline, but a final vote could be delayed until November so that the early closure’s impact can be properly reviewed.

Liverpool are certain to change their position on the matter, while Manchester United executive vice-chairman Ed Woodward has voiced his opposition to the early deadline at previous meetings.

Arsenal might change their mind now that Arsene Wenger has left, as the Frenchman was supportive of the move, while Tottenham chairman Daniel Levy previously backed the early closure but his manager Mauricio Pochettino has been critical of it.

ANDY MITTEN How close are Solskjaer’s youthful Manchester United to getting it all right?