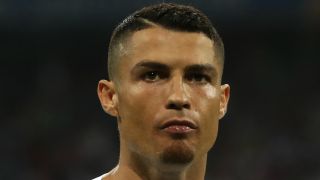 Cristiano Ronaldo has secured a second entry in the world's 10 most expensive transfers by agreeing a €112million move to Juventus from Real Madrid.

Ronaldo was the world's most expensive player when he joined Madrid from Manchester United nine years ago, a deal that remains one of the highest ever paid.

Juve will pay €100m for Ronaldo with a further €12m due to be laid out by the Serie A champions in "additional costs" putting the deal fourth in the all-time list.

Neymar is also in the top 10 twice, once for his switch from Santos to Barcelona, as well as topping the pile for his world-record switch to Paris Saint-Germain.

147 - Cristiano Ronaldo is the first player to move from Real Madrid to Juventus since in 2015; the duo has appeared in 147 games in all competitions for Real Madrid. Reunion. July 10, 2018

(*Prices are as reported at the time of transfers being completed.)