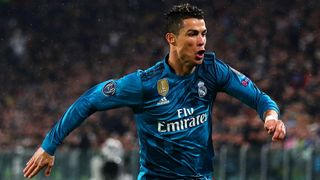 Cristiano Ronaldo has been fined €18.8million and handed a two-year suspended jail sentence for tax evasion after the Spanish treasury approved the agreement he reached with prosecutors.

The former Real Madrid star accepted the punishments last month having pleaded guilty to four breaches of tax laws in Spain between 2011 and 2014.

The final deal - which on Thursday received the necessary approval of Hacienda, the Spanish treasury - sees an acceptance that €5.7m is owed in taxes, with the remaining €13.1m including court fees and fines in interest.

The 33-year-old, who signed a four-year contract with Serie A champions Juventus earlier this month, had denied the charges when he appeared before a Madrid court last July.

But Hacienda's approval of the agreement means the long-running saga is now effectively over.