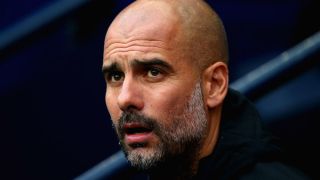 Pep Guardiola lamented a "sad day for democracy" after a further escalation in the political crisis in his home region of Catalonia.

On Saturday, Prime Minister Mariano Rajoy approved implementing Article 155 of the Spanish constitution, which will allow the national government in Madrid to take back some powers from the semi-autonomous Catalan parliament.

The measure, which must be approved by the Spanish Senate, comes three weeks on from the independence referendum in the region.

Mr Rajoy's government declared the vote to be illegal and polling day was marred by violent clashes between police and protestors.

Manchester City manager Guardiola dedicated his team's 2-1 win over Napoli in the Champions League on Tuesday to Catalan politicians Jordi Sanchez and Jordi Cuixart, who were held without bail while under investigation for sedition earlier this week.

Speaking after his side beat Burnley 3-0 to increase their lead at the top of the Premier League to five points over Manchester United, Guardiola was once again asked for thoughts on events in his homeland at a post-match news conference.

"It's a really sad day for democracy. I thought in the 21st century, those kind of things didn't happen," he said.

"Especially, for example, the Catalan parliament is older than the Spanish parliament itself.

"I am really, really sad. The Catalan people just wanted to vote and we want to be listened to and let the people say what they wanted to be [part of Spain or independent].

"They did not allow us even that, the PP [Mr Rajoy's ruling Partido Popular] didn't allow us to vote. They did what they did today just as the people protested with no violence.

"I think it's a really, really sad day for democracy. The only thing we wanted was to be listened to.

"Society's demands are stronger than any laws and I think, again, it is a really sad day for all of Europe and all the world what they did today."

He added: "[Barcelona gives] absolute support for the democratic institutions of Catalonia, as chosen by its people."