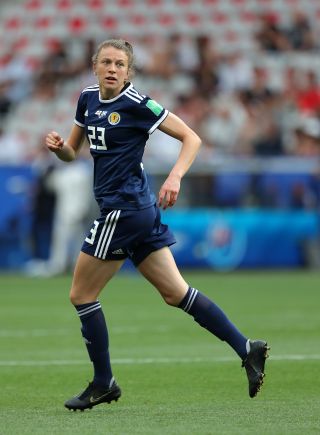 Scotland forward Lizzie Arnot will leave Manchester United Women when her contract with the club expires.

Arnot, capped 32 times by her country, moved from Hibernian alongside Kirsty Smith to the newly-formed United side ahead of the 2018-19 season.

She scored the club’s first ever competitive goal in a 1-0 win over Liverpool in the Continental Cup in August 2018 before helping United attain promotion by claiming the FA Women’s Championship title in their debut season.

Arnot made 34 appearances for the club, scoring nine times.

United head coach Casey Stoney said: “I would like to personally thank Lizzie, another United history maker who also scored our first ever competitive goal nearly two years ago.

“She is a fantastic character and a real hard worker who contributed so much to the group; I wish her the best of luck in her career.”