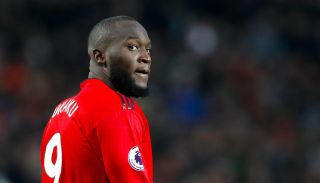 Romelu Lukaku’s agent Federico Pastorello claimed “nothing is impossible” when asked if the Manchester United striker could join Inter Milan this summer.

Two years on from his big-money switch from Everton to Old Trafford, the 26-year-old’s future is the subject of widespread speculation.

Lukaku is understood to be keen on a move to Antonio Conte’s Inter and Belgium manager Roberto Martinez said it is “quite open that a move would be beneficial for both parties”.

The striker’s agent was spotted at the Serie A side’s offices on Tuesday for a meeting that Press Association understands was mainly about the future of another of his clients, Edoardo Vergani.

However, Pastorello was asked about Lukaku potentially leaving United for Inter as he left the offices.

“Lukaku is a dream (for Inter) and is not an easy deal to realise,” he told reporters. “For me nothing is impossible. Romelu has expressed his plans and wishes. Let’s see”.

Press Association Sport understands that Inter have yet to make a serious offer for Lukaku, with chief executive Beppe Marotta saying that “it’s early”.

The striker began his career at Anderlecht before joining Chelsea, who he rejected a return to after spells at West Brom and Everton in order to join Jose Mourinho’s United in 2017.