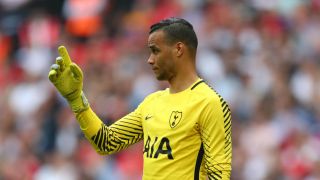 Michel Vorm's Tottenham contract has been extended through to 2019, the Premier League club have confirmed.

Vorm's Spurs deal was due to expire this month but the club have taken up an option to give the goalkeeper another year.

Vorm did however make seven starts as Spurs progressed through to the semi-finals of the FA Cup, losing 2-1 to Manchester United.

The Club can confirm that we have activated the option to extend ’s contract until 2019. June 7, 2018

Vorm has made 43 appearances since joining Spurs from Swansea City in 2014.