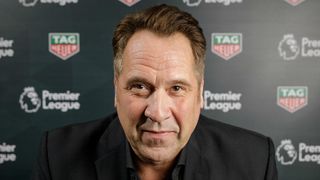 David Seaman believes Arsenal are suffering as a result of uncertainty over the futures of manager Arsene Wenger and star men Mesut Ozil and Alexis Sanchez.

Wenger had conceded earlier in the week that he would again discuss his situation with the board at the end of the season, despite being tied to a two-year deal, while Ozil and Sanchez could both be free agents come June.

But Arsenal great Seaman wants to see these issues quickly resolved, insisting there should be no doubts regarding Wenger as he hopes for a similar outcome with the two key players.

"[Wenger] signed his deal and that's it, let's talk about [his future] after two years," the former Gunners goalkeeper told Omnisport.

"The Wenger situation had a little bit of an effect, now we've got the Ozil and Sanchez thing. It would be nice to get that all sorted and kick on from there."