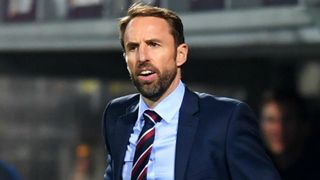 The Premier League’s top clubs will encourage UEFA to push the restart of international football back to October or November, according to reports.

UEFA's executive committee will meet this week to discuss several crucial topics, including the scheduling of the Nations League.

The competition is currently due to begin on 3 September, but the Daily Mail reports that top-flight sides in England and across Europe will oppose such an early start.

During Wednesday's summit, the European Club Association is set to argue against retaining an international window in September, pushing instead for a one or two-month postponement.

Players across the continent are set for a frantic period of fixtures, with domestic games piling up as leagues aim to finish by August.

European football’s governing body is said to be looking into hosting a mini-tournament in Lisbon in August to play out the remainder of the Champions League, while the Europa League  must also be brought to a conclusion.

With the Champions League final reportedly set to take place on 23 August, the break between seasons is already set to be very short, with the 2020/21 campaign likely to begin in the second week of September.

If international fixtures are scheduled two weeks before then, players will have little or no time to rest and recuperate, heightening the risk of injuries.

But the clubs’ preference for an international break later in the year will cause scheduling problems for UEFA.

One possibility reported by the Mail is for a longer international window to take place in the final two months of 2020, in which national teams could play as many as eight games.